Some of Monica’s mom’s friends were planning a fashion show fundraiser. The daughters were going to be the models. Then one of the girls thought of Monica and wanted to include her. The girls had tea at Sally’s house and tried on vintage dresses. Then they all went to The Limited and tried on new clothes. The fashion show was about femininity and elegance and how they have been expressed in our clothing. Also how the clothing of other countries influenced clothes in the United States.

The girls arrived early on the day and practiced walking on the platform. 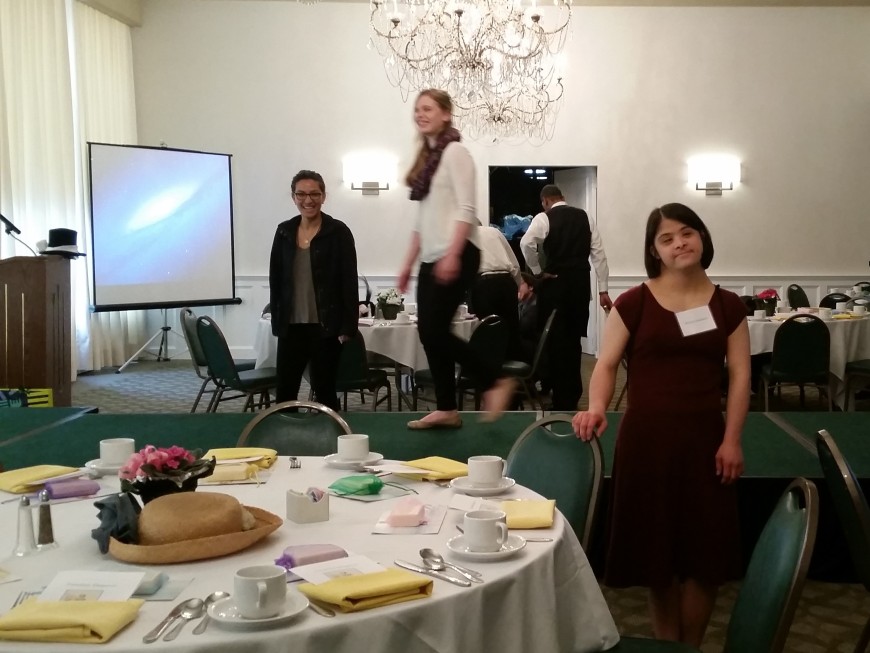 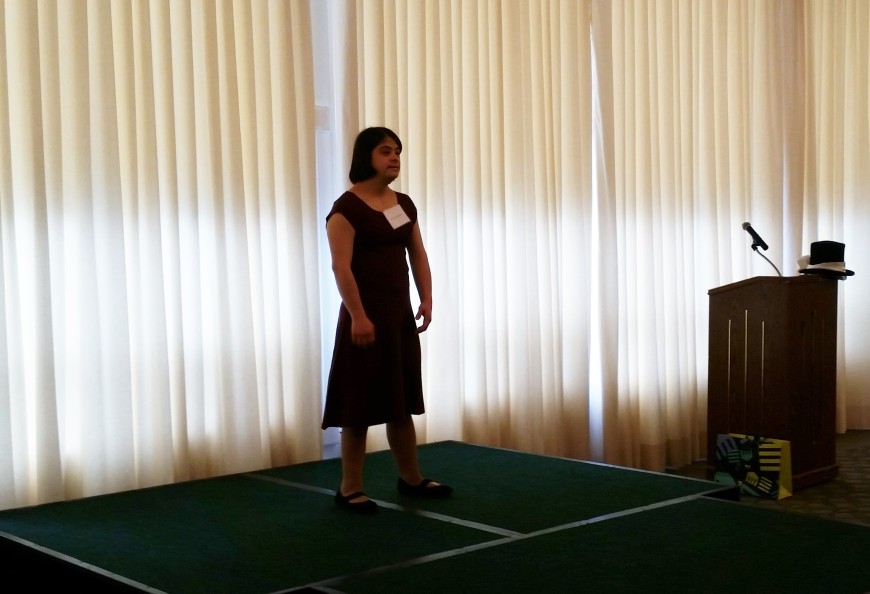 Then they all got dressed in a special room. There were lots of clothes and accessories. The girls helped each other.

The show started with some very beautiful and very old dresses.

Later there were the dresses from other countries. Monica’s first dress was a dirndl showing the influence of clothing from Austria. (Perfect for that Sound of Music fan!)

After the vintage dresses, everyone had lunch. Monica was seated with the other models, not her mom!

After lunch, the girls modeled the new clothes from the Limited. 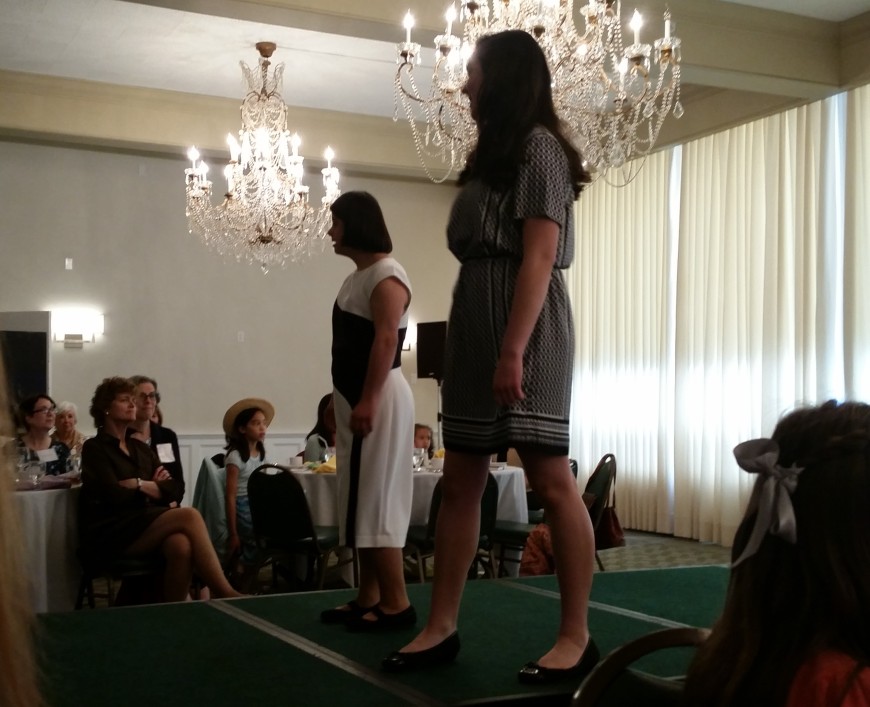 Monica knew just how to stand to show off the dress she was wearing! It was a lot of fun! 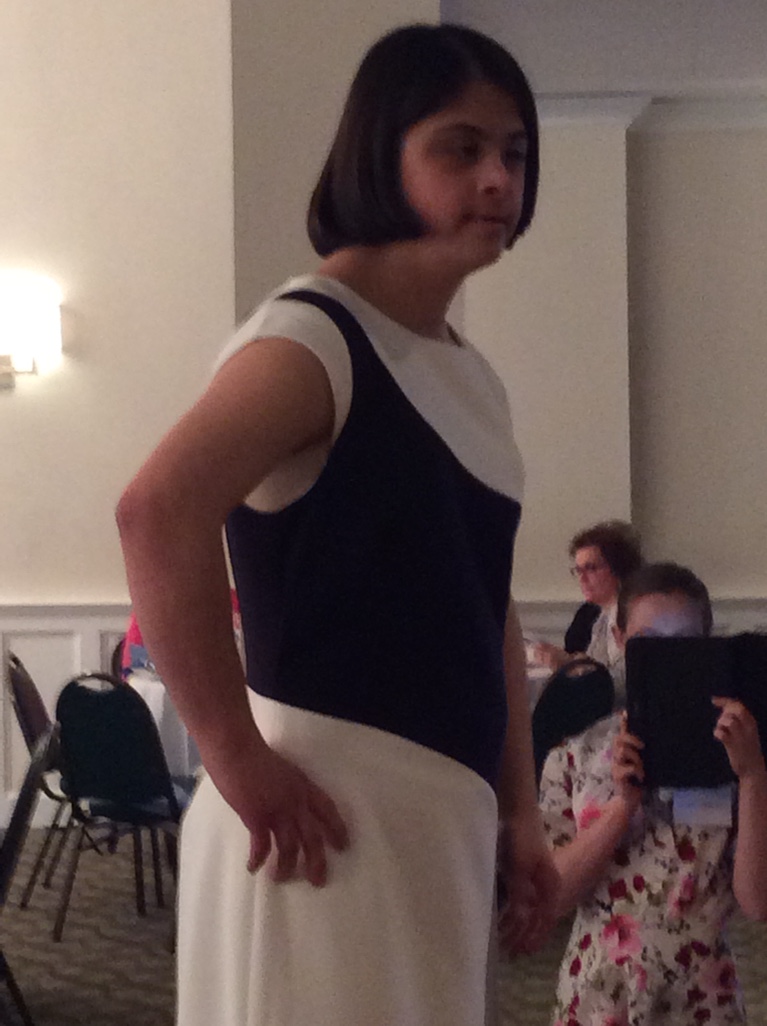