Monica’s Dad loves to give Monica new challenges and watch her grow. He doesn’t let her go very long before trying something new for her.

When Monica’s brother came home from college for a few days, he and Monica made the most of their time together. He is a lot of fun. Monica’s dad told them about a new indoor car racing place, so we went to check it out.  Boss Pro-Karting is a family owned and run company in Cleveland. The owner and employees were very nice to us. Fortunately, it was a very slow time, the middle of a work/school day, so we had their undivided attention. When they showed the training video and explained about how to drive the car and what the rules were, Mom began to get nervous for Monica. This might be too hard! 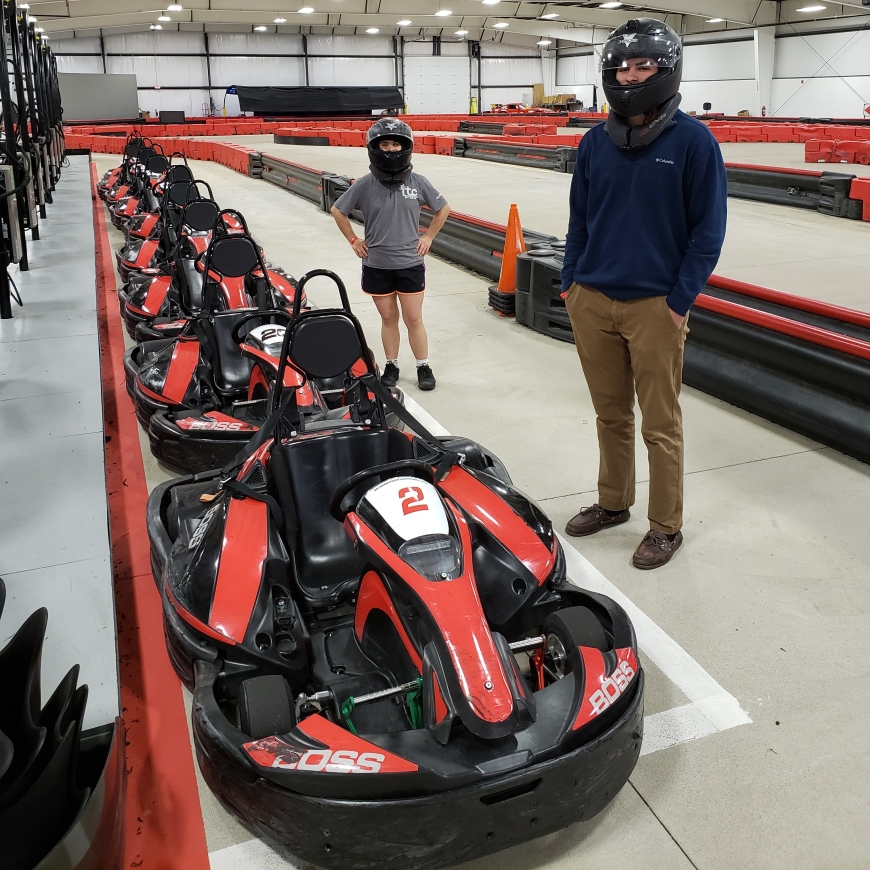 Monica was delighted to put on the helmet and neck guard. We realized she could barely hear us with the helmet! The employees showed her how to adjust the pedals so she could reach them, change the steering wheel height and put on the seatbelt. They were very patient with her. Then the instruction: push the right foot to make it go, left foot to make it stop. Mom got a little more nervous. Monica was ready to go!

And on and on it goes. But she started to hit the wall less. Then she started to remember how to push the reverse button. She began to get up speed on the straightaway. She started to smile.  Time’s up. 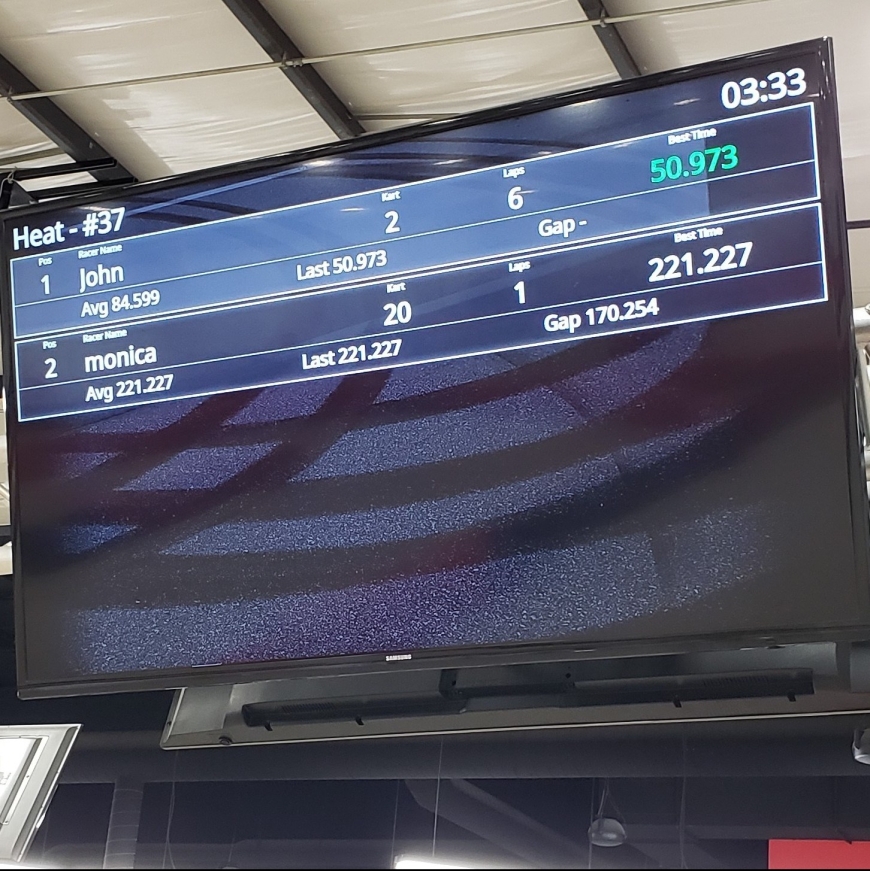 Everyone was all smiles. The employees cheered for her. We showed Monica the scoreboard. I mentioned to the employees that they had something new to add to their job skills resume now. Helping a guest with special needs. They met the challenge! They were cheerful and helpful and patient.

Since we had purchased the 2-race package, she had another race coming. We decided to wait for another day to do that one. We let her brain absorb this stimulation for a while. Her Dad was thinking about how we process and store our memories and learning. Monica was tired but happy. 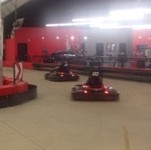 We went back the next day. We waited for the other racers to get off the track and Monica and her brother had the track to themselves again.

Monica knew where the helmets and neck braces were. She knew to make the pedals closer. She pushed with the right foot and she was off!  Hey! She made the first curve!  She began looking ahead and slowing down for a curve and turning harder. She made all the curves!  It was amazing. The employees were watching her, ready to run, but she didn’t need them to enter the track. She had learned all the skills that she fought her way through the day before! She was tired but clearly triumphant!

Monica’s brother had a different kind of fun the second day, being able to run his own race without having to keep stopping for her. But he had thoroughly enjoyed the first day too.  We are so grateful for the example and help from him. All her siblings are like this. This is how they approach the many challenges with Monica. They stay right beside her and encourage, even push, then share her joy when success happens!