When Monica’s cousin got married in February, she wanted to go! Monica’s mom was still too ill to travel but Monica’s brother said he would take Monica. But – how could she go?

Monica’s brother lives in New York City and always been a guy who makes things happen. He said he would meet Monica’s flight to Newark and show her around until time to catch the flight from JFK to London. What ?!?! Another Europe trip?  Without us?!?!

This would be a very special trip. Monica and her brother would represent the family for this meaningful gathering.  Monica would get to see her aunt again, whose cancer was really winning the fight now.

Could we really let Monica travel alone to the Newark airport?  This took a lot of phone calls to the airline’s customer service. She wasn’t an Unaccompanied Minor, being in her twenties, so that category wasn’t right. Yet, picturing her following the signs to get herself to baggage was a bit scary for us. Hadn’t she gotten lost a few times when she was WITH us? We also knew that sometimes a long walk with a suitcase could cause some complaining.  We ended up requesting a wheelchair and escort and it worked just fine.

Monica packed all the right things and was ready to go. Dan met her at the airport and showed her the sights of the Big Apple. 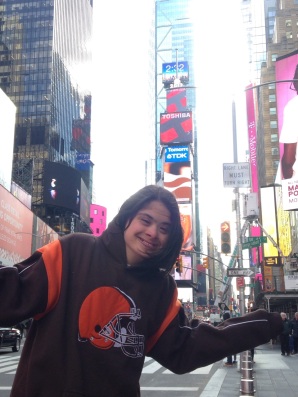 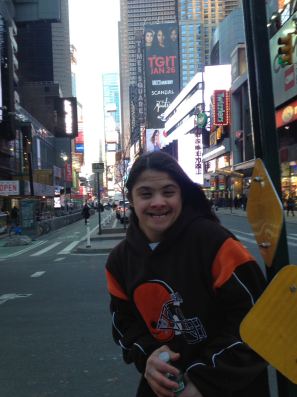 He also took her to his residence to meet his friends.  She saw the city from the rooftop patio. She had a wonderful time. 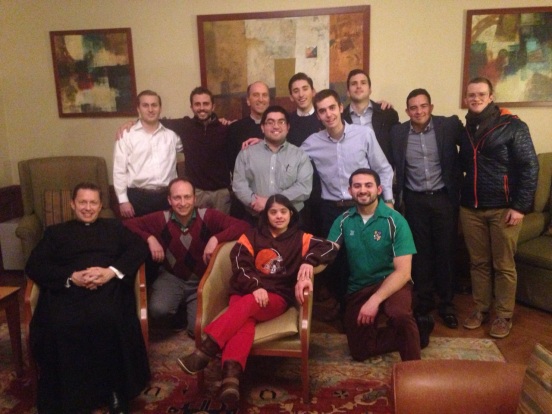 Then off to the airport and skies. 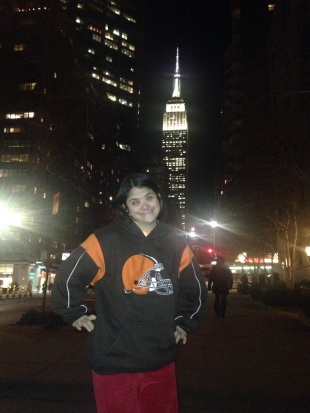 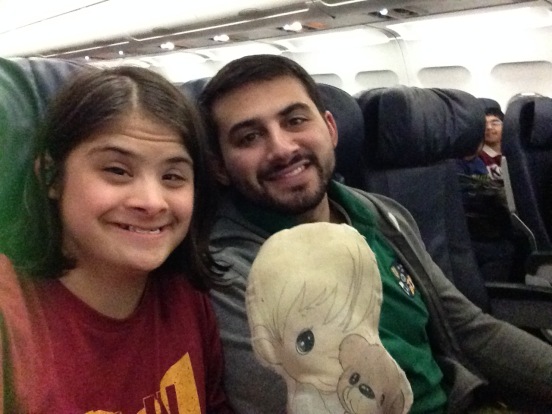 In England, Monica loved seeing her British family again. So many people from the States were also able to join the celebration. We were so happy for them and consoled by their togetherness. 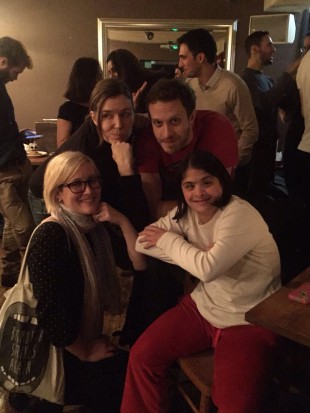 They toured York and enjoyed being with many cousins at the beautiful wedding. 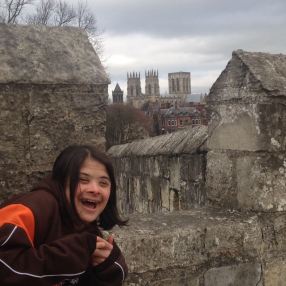 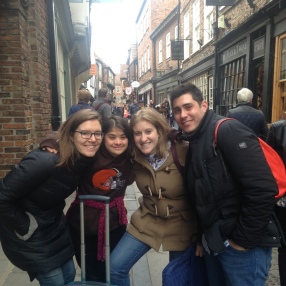 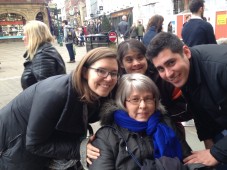 The return trip was also an adventure with a rental car breakdown, missed flight, detour to Ireland and an unplanned stay in a hostel.  Dan made everything easy for Monica, showing her on the map where they were and where they were going. 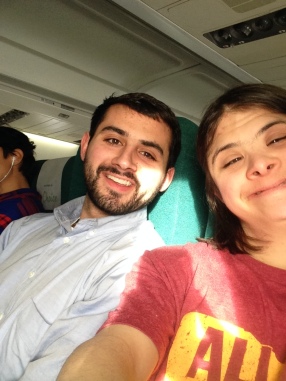 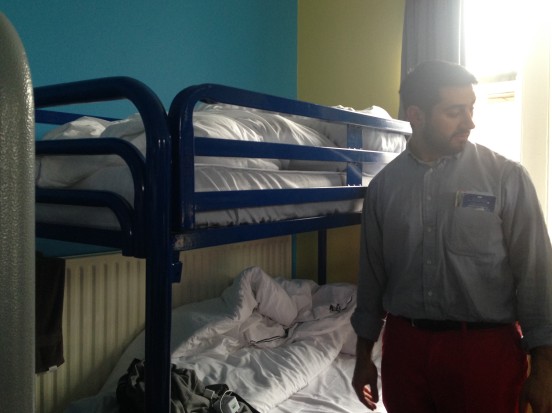 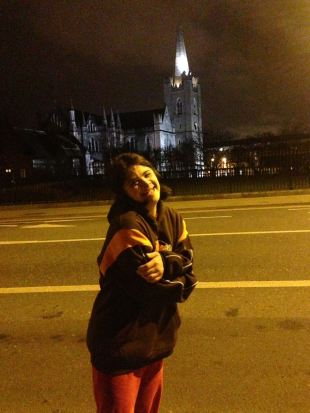 When we met her at the Cleveland airport, Monica was all smiles: so proud of her independence!